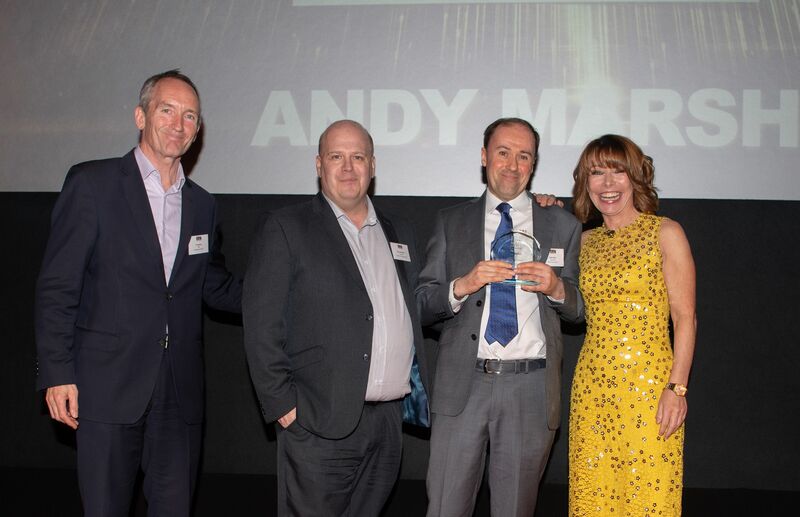 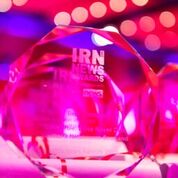 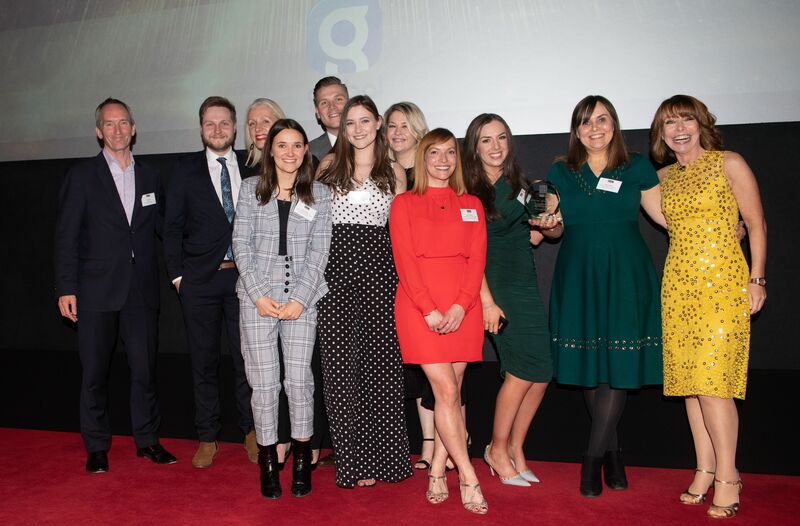 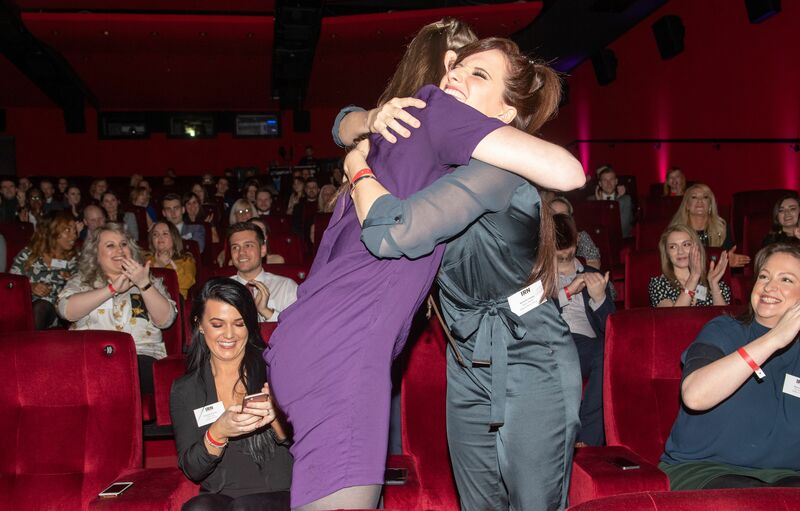 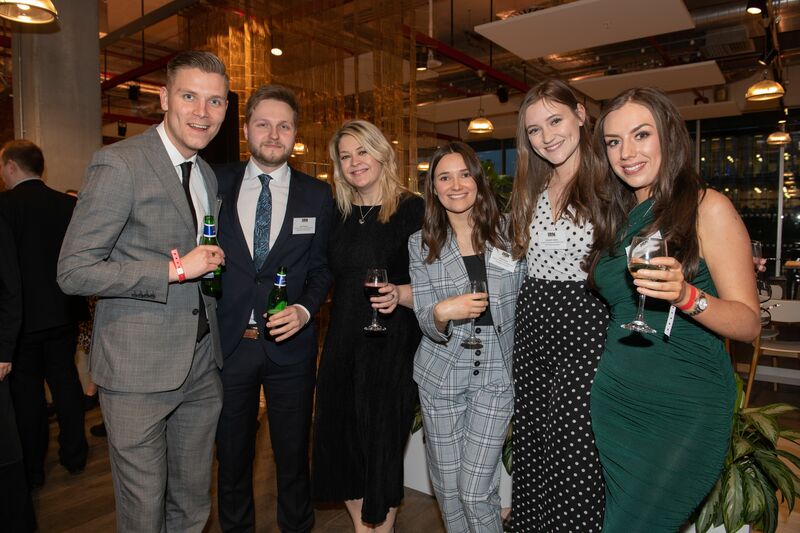 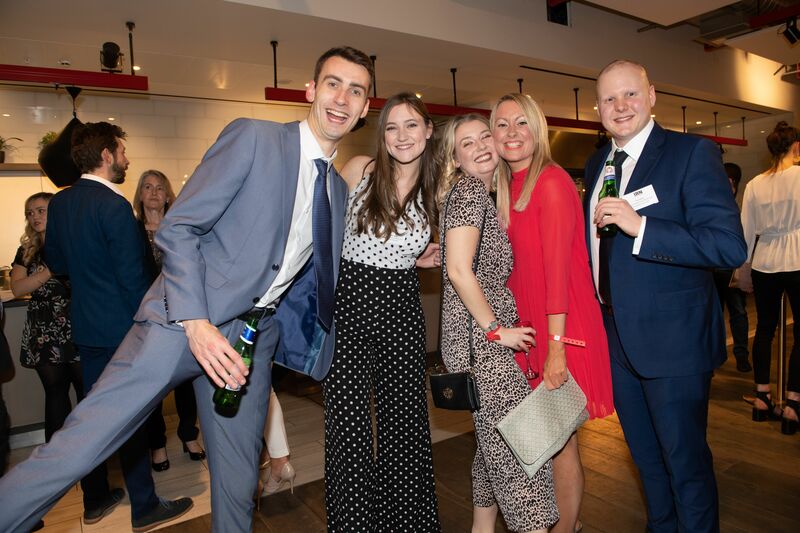 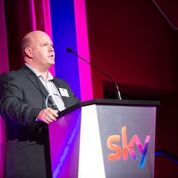 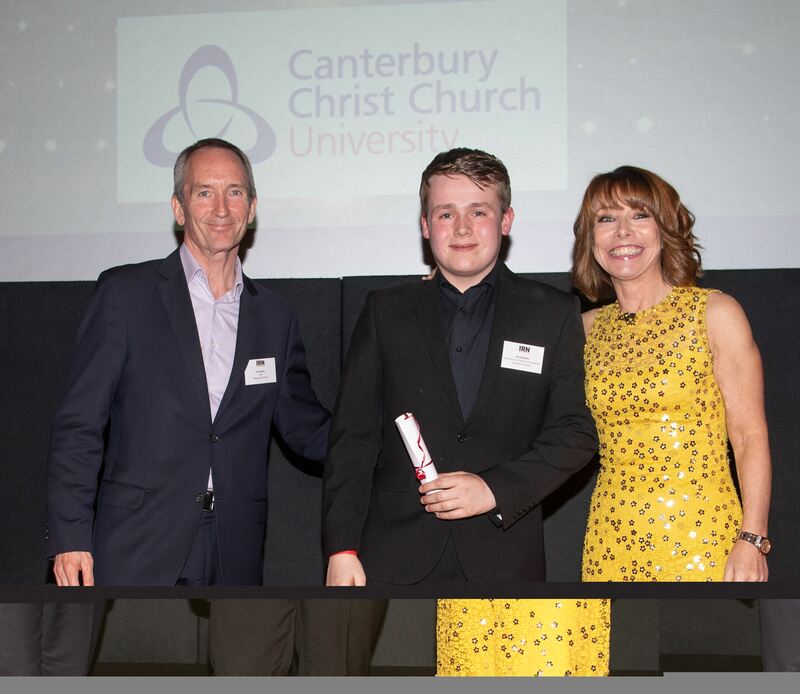 SCOTLAND RULES THE AIRWAVES AT THE IRN AWARDS

​News and sports coverage in Scotland has dominated the 2019 IRN Awards in association with Sky News.

Six of the 12 prizes on offer were won by journalists at Scottish stations following a record number of entries to the competition.

Global’s Newsroom Scotland was awarded the popular ‘Best News Special or Feature’ prize for its ‘Echoes of Dunblane: Journey to Parkland’ story which involved taking relatives of a victim of the Dunblane massacre to meet parents and survivors of a similar school shooting in the US. The judges described it as an ‘outstanding, imaginative and well-crafted’ report.

The same team won the prize for ‘Best Interview’ with ‘Lockerbie: Love Never Dies’ featuring Jane Swire who has rarely spoken publicly about the murder of her daughter Flora in the bombing 31 years ago. The judging panel was impressed by the team’s ability to ‘find a new take on an endlessly covered story’ and carry it out ‘with sensitivity to produce a fantastic piece of radio.’

Clyde 1 and Clyde 2’s reporting of Scottish football ‘Home and Away’ scored the Best Sports Coverage award. The entry was praised for its ‘range of different angles and stories’ and ‘good variety of interviews.’

The IRN Awards recognise the achievements of news teams and individuals who serve commercial radio’s huge audience of more than 35 million per week. Sky News presenter Kay Burley hosted the event at the Sky Cinema in west London.

Radio Forth in Edinburgh won the ‘Campaigning Journalism Award’ for its initiative to find companionship for more than a thousand lonely people. Judges said it stood out because it had ‘substantial impact across Scotland’ and ‘changed lives.’

Ayrshire’s West FM was named ‘News Team of the Year’ with a TSA of under one million with judges saying it was ‘brave enough to invest in its own special reports and bold enough to shape the agenda by throwing its weight behind campaigns.’

To round off the Scottish success, Bryan Rutherford from Northsound and MFR was awarded the Reporter of the Year (under one million TSA). He stood out for his ‘persistence following through on an issue and holding authorities to account.’

Global’s Newsroom Yorkshire and North East were the recipients of the News Team of the Year in the over one million TSA category. The judges were impressed with the ‘range’ offered by the team ‘from hard-hitting investigations to gentler, more poignant stories.’

The team enjoyed further success when Sam Thomson was named ‘Newsreader of the Year’ (over one million TSA). Sam is ‘a captivating reader with excitement and imagination which truly engages’ according to the judges. CFM’s Charlotte Murphy was the winner in the ‘under one million TSA’ version for her ‘creative and authoritative bulletins.’ The panel said ‘she can adapt her style with ease as she handles breaking major incidents, hard-hitting campaigns and fun local stories.’

The ‘Reporter of the Year’ among stations with a TSA of over one million was LBC’s Rachael Venables. Rachael was described as ‘the complete package’ who is ‘at the top of her game’ displaying ‘empathy, enthusiasm and assuredness combined with a sense of humour.’

‘One to watch for the future’ is how the judges referred to Hits Radio Manchester’s Abi Smitton who was named the ‘Newcomer of the Year. She was praised for her ability to cover a ‘range of stories with the right combination of technical skill and flair.’

Dave Wheeler from Bournemouth University won the Student Journalist of the Year category which is supported by the Broadcast Journalism Training Council. Dave’s story about a girl’s grief over the death of her sister at young age was ‘a brilliantly told sad and frank human story creatively produced.’

The final prize of the night, the prestigious IRN Gold Award, was presented to Lincs FM’s Andy Marsh for his outstanding contribution to commercial radio news. Andy has worked in the industry for 30 years, 18 of them in news. He started his career as a presenter at Viking FM before moving to Lincolnshire to be part of the launch team at Lincs FM in 1992. Nine years later he swapped presenting for news and is now a Senior Journalist with the group.

Presenting the award, Lincs FM’s Director of Programming, and previous winner of the Gold Award, Sean Dunderdale said “In North East Lincolnshire, everyone knows him.  He’s one of those journalists who knows how to build up and maintain contacts, can find original stories on the quietest of days and takes our newer, younger journalists under his wing when they first join us. He's shown a thorough commitment to commercial radio – and commercial radio news – throughout his career but does it without making a fuss, without wanting the glory.”

Commenting on the awards, IRN and Sky News Radio Editor Dave Terris said:
Commercial radio news teams continue to push the boundaries with the strength, depth and quality of their coverage. The winners have demonstrated a passion for original journalism, highly engaging campaigns, thoughtful storytelling and imaginative treatments all for the benefit of millions of listeners. The standard of entries was exceptional and proved yet again that journalists across the network are in tune with the stories their audiences want to hear.

IRN Managing Director, Tim Molloy said:
It is very encouraging for the future of commercial radio journalism to hear the many talented younger voices entered into both Newcomer of the Year and the Student Journalist of the Year categories. All of the winners, runners up and nominees are at a high level and undoubtedly they help their stations to build trust with their audiences through engagement with professionally produced bulletins and reports - which is vitally important in the era of fake news.

IRN Gold Award
Andy Marsh has worked in the commercial radio industry for 30 years, 18 of them in news. He started his career as a presenter at Viking FM before moving to Lincolnshire to be part of the launch team at Lincs FM in 1992. Nine years later he swapped presenting for news and is now a Senior Journalist with the group. He’s one of those journalists who knows how to build up and maintain contacts, can find original stories on the quietest of days and takes newer, younger journalists under his wing when they first join. He's shown a thorough commitment to commercial radio – and commercial radio news – throughout his career but does it without making a fuss, without wanting the glory.

An entry that grabbed the judges’ attention from the off. This team demonstrated not only that they are capable of handling any story that is thrown at them but they can do it creatively and with confidence. The judges were impressed with the range of stories offered here - from hard-hitting original investigations to gentler more poignant stories. The team has friendly and relatable newsreaders and reporters who are clearly engaged with and care about their listeners.

The West FM news team works hard to showcase great stories which really matter to people, all backed up by quality audio and creative story-telling.
Brave enough to invest in their own special reports.  Bold enough to shape the agenda by throwing their weight behind campaigns. Well written, good news readers and a really interesting story selection. They know exactly what their audience wants to hear.

An outstanding, imaginative and well-crafted entry where the radio station took the relatives of a Dunblane victim to the United States to meet parents, survivors and lawmakers after a similar school shooting. The reporter gathered impactful interviews including the Scottish First Minister Nicola Sturgeon and the result was a first class idea, first class production and first class journalism. Inspirational stuff.

Rachael is a brilliant reporter at the top of her game. Her entry showed the skills any editor would cherish. She displays empathy, enthusiasm and assuredness combined with a sense of humour. Rachael breaks exclusives that matter and backs them up with powerful audio.  She shows that she has the full range of skills in the field and in the studio whether duelling with Nick Ferrari or reporting from the middle of the crowd at the Royal Wedding in just the right tone. A top class reporter and a joy to listen to. The complete package.

Bryan stood out as a reporter who demonstrated simple journalism at its best: persistence following through on an issue and holding authorities to account. His exclusive reports encapsulated what is most important in a story - the human at the centre. The stories he has covered are not just appealing to a local audience but are compelling listening in their own right. Bryan is clearly a tenacious and passionate reporter who asks poignant and relevant questions and whose pieces are backed up by sound online content.

A well-constructed entry which highlighted a range of different angles and stories from within the Scottish game. There was a good variety of interviews and voices which backed up the station's commitment to football coverage. The interview with Steven Gerrard in Russia was particularly ear catching. It was an entry that encouraged the judges to listen to the show on a regular basis.

An engaging campaign which anyone can get involved in. It has had a substantial impact both locally and across Scotland, winning the pledge of significant government funding. Lonely people have clearly benefitted from this wide-reaching appeal for support in making communities more positive places to be. The issues are handled in a sensitive and relatable manner, resulting in a campaign that has truly changed the lives of hundreds of people.

This was a heart rending interview about grief thirty years on. The description by a mother of how she remembered her daughter's “big 80s hair” was one of many passages that stuck in the judges mind. The panel were particularly impressed by the team's ability to find a new take on an endlessly covered story that nevertheless felt fresh. Persuading one of the central figures in the tragedy to give a rare interview was a real achievement – that was then carried out with sensitivity to produce a fantastic piece of radio.

A captivating reader with excitement and imagination which truly engaged. His cheeky tone and pace was shifted poignantly on the Manchester Arena bombing coverage where his subtlety of approach really let the voices speak.

Charlotte’s an engaging newsreader who delivers creative and authoritative bulletins. She can adapt her style with ease as she handles breaking major incidents, hard-hitting campaigns and fun local stories.

Abi is an outstanding reporter covering a range of stories with the right combination of technical skill and flair, such as when talking to a Doctor still traumatised by the memory of the Manchester Arena bombing, or interviewing a woman about her abuse as a child as part of a feature on Childline.  Abi has a fabulous broadcast voice who delivers with confidence, authority and a real human touch; doing all this in just a year leaves the judges believing she'll definitely be one to watch in the future.

A brilliantly told sad and frank human story creatively produced. Clever use of audio expertly managed the gear changes between happy and sad moments. It's a gripping listen from start to finish. Dave's tutor says they were nearly reduced to tears by this and we can see why.